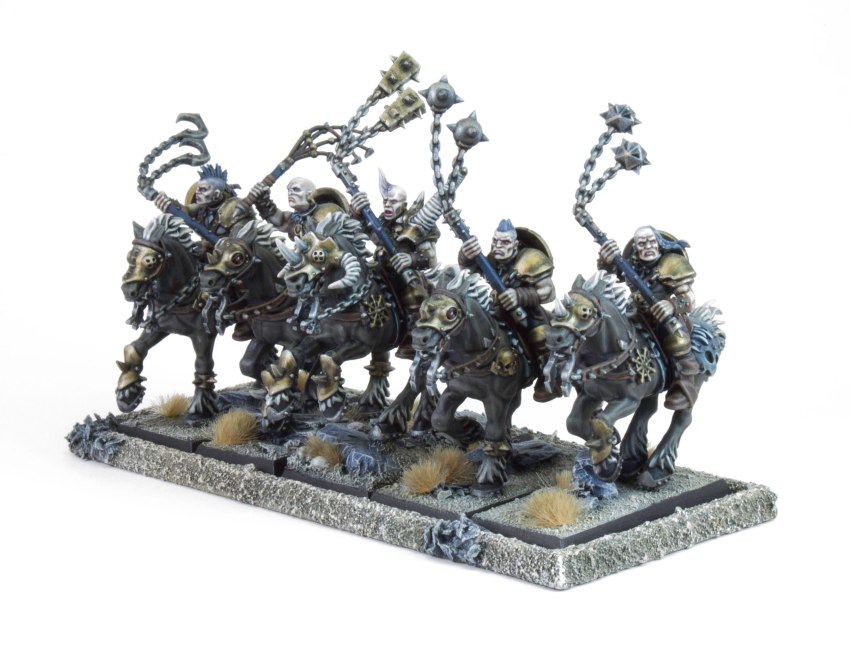 Another unit completed – this time it’s a roving band of Chaos Marauder Horsemen. These brutal raiders are the vanguard of my army, riding ahead with Barbarian Flails to bludgeon down any who would resist the tide of Chaos!

Despite painting these miniatures in my usual Tzeentch army scheme, the exposed skin on these guys meant I could try out some new colours. I used Rakarth Flesh shaded with a very thin wash of Drakenhoff Nightshade and then glazed up with Pallid Wych Flesh. At this point they looked a bit like zombies so I applied a thin glaze of Reikland Fleshshade to add some much needed warmth and humanity to the palette. 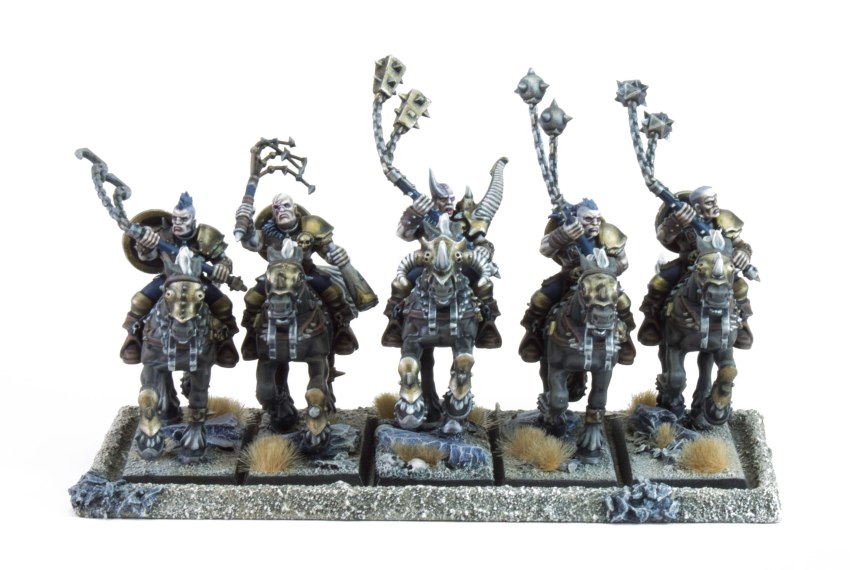 I already have another unit of Marauder Horsemen with javelins and axes so I wanted to converted this unit to make it stand out. The Hornblower got a head from the Chaos Lord on Manticore kit and a handflail from an Empire Flagellant. I think the bare heads gives this unit a real sense of personality (although considering all those flails swinging around they probably would have been better off with helmets!). Looking at the Age of Sigmar rules for these guys I’ll probably add a Damned Icon Bearer too at some point. 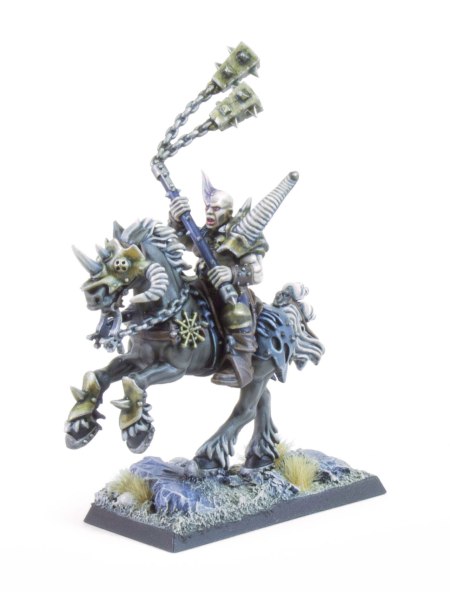 I did a bit of converting to the Horsemaster, starting by heroically re-posing his Chaos Steed so it is rearing up. I imagine that he has risen to fame in his tribe by hunting the mutated horrors of the Chaos Wastes and bringing back their corpses as trophies. To this end I rebuilt his shoulder armour with a baroque horn from the Chaos Helbrute kit to complement the pair that adorn his horse’s chamfron. Clearly his deeds have earned the capricious attention of Tzeentch who has gifted him a twisted horn of his own – perhaps one day he will become the hunted not the hunter? 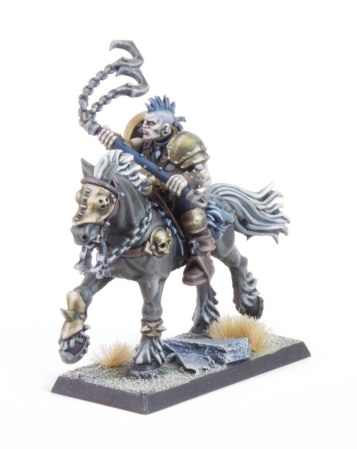 I love the savage hooked flail on this guy. These models are really dynamic and full of character. As early CAD sculpts they have lots of very smooth areas but this is good to practice blending gradients on.

I’d love to get your feedback on these miniatures – please let me know in the comments. Do you reckon I should embrace round bases?